A Shimmin at Home

So this summer, an old friend came back to visit. Last time we met was in Japan! This time, she was visiting Oxford, but also decided to come up with me and visit my home turf on the Wirral, which is to say Merseyside, which is to say north-western England. For those of you following along at home, that's one of the parts of the UK that is not London.

We had a nice few days exploring the two nearby cities, Chester and Liverpool. Chester doesn't really have much to do per se, but it's a nice place to walk around and look at old things.

I always feel that the Chester city council completely fumbled things for the past few decades, and missed out on opportunities. They spent ages trying to market Chester as a Roman City!!!, when there's actually not much Roman left of it, and various other cities can do that better. I mean, it has city walls, which are quite nice to walk around - although all the gates were demolished centuries ago, and big roads now cut through the old walls. There's an amphitheatre, which is unusual and exciting, except that all that's left is a semi-circle of stone, because one half of the amphitheatre is covered by a 1730 house (the amphitheatre was buried and unknown at the time) and a much less forgiveable courthouse, built in 2000. Yes, you read that right. The county council knowingly built over a unique-in-Britain Roman amphitheatre again a mere fifteen years ago. 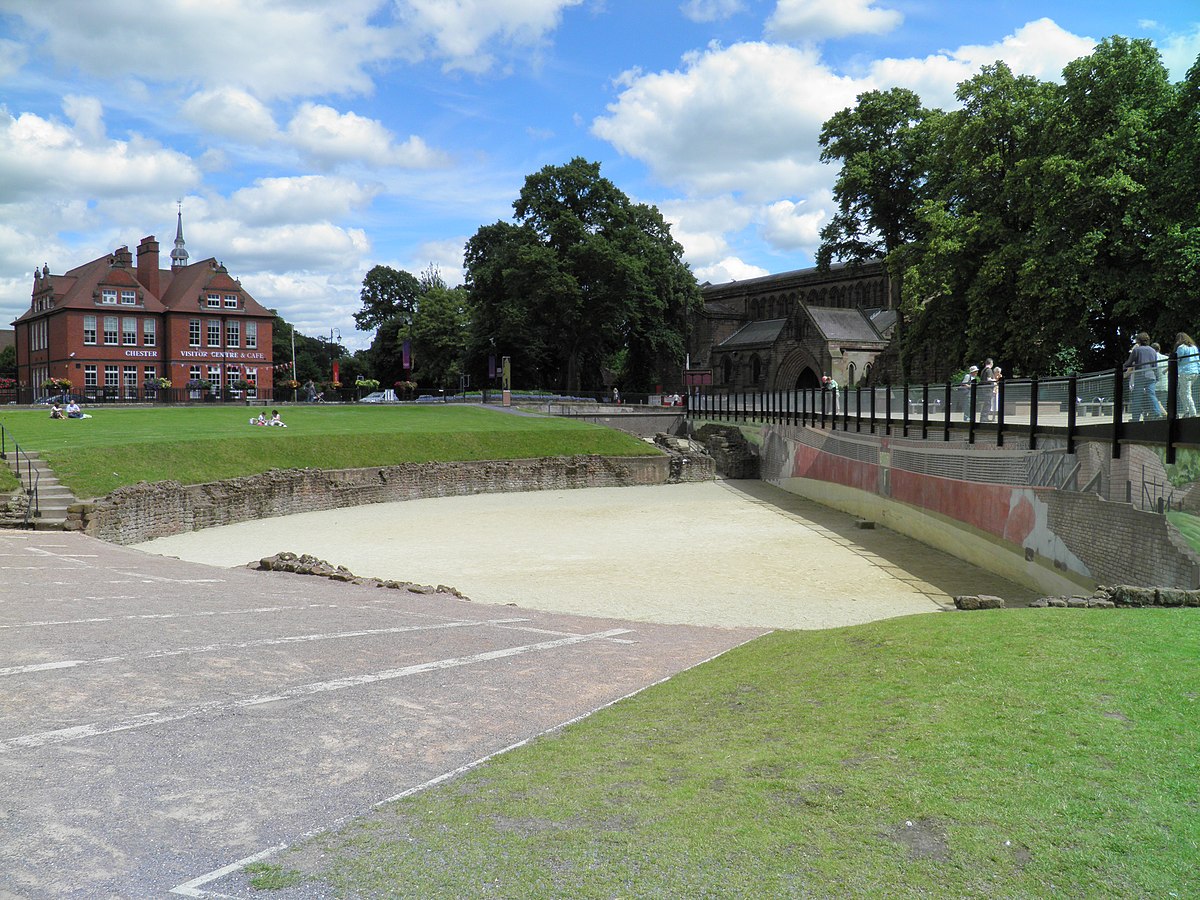 In fairness, the council has at least been consistent, since in the 60s and 70s they presided over the bulldozing of loads of Roman ruins to build a new shopping centre, which currently appears to be on a slow slide into Poundland-dom. Well done, Council.

What Chester does have going for it is an amazing sweep of history. Aside from the once-impressive Roman ruins, it has a unique set of mediaeval rows, which are still the coolest part of the shopping experience. These would be a far more interesting tourist experience if they hadn't been allowed, at some point in history, to rip down the fronts and erect ugly plastic things with massive glass windows. Still, the bits above are quite nice. There are cool Georgian townhouses, and Victorian civic buildings, including some cool parks. As a historic city in general, and a nice place to walk around, Chester is pretty good.

There's not much the council could do about their various idiocies now, although personally I'd be trying to press for shops to restore mediaevalesque fronts along the rows, and generally boost the historicity of the area to encourage tourist, because frankly Chester doesn't have much else going for it. 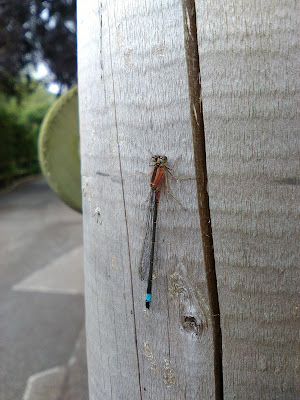 Dragonfly! And we aren't even in the zoo yet 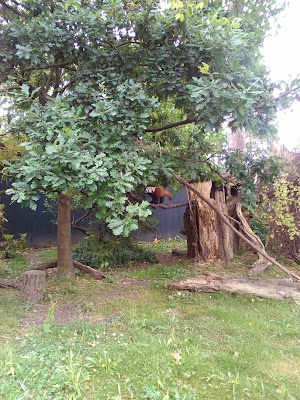 SC was really excited by the red panda. It seemed weird at the time because, y'know, China, but then I don't exactly see a lot of white-tailed sea eagles, pine martens, or moles.

The skies looked kindly on us, so we had pretty good weather for our day at the zoo. Good thing too, because going around it takes hours. I've never actually visited the whole zoo in one day, and this would be no exception. It's simply too big to do that, and if you did, you wouldn't really get to appreciate any animals. 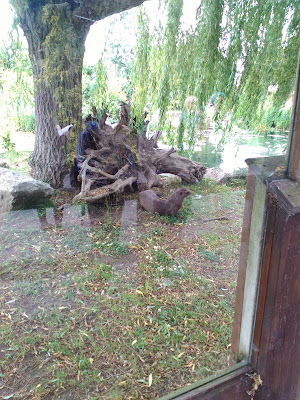 It's hard to see here, but the closest log is actually a giant otter! They were so cool and playful. 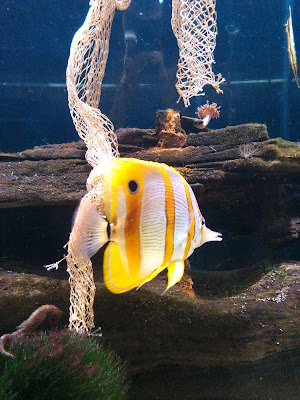 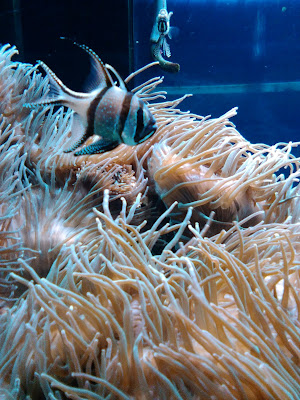 So many cool fish, so few acceptable photos 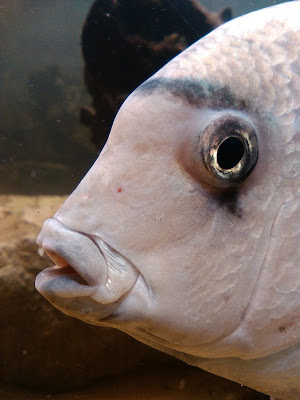 This fish just looks incredibly dorky, it's like a cartoon fish from a kids' film. It would be called Billy-Joe and done with an American hick accent. 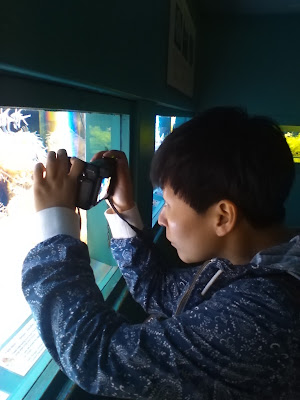 One of my favourite animals :P 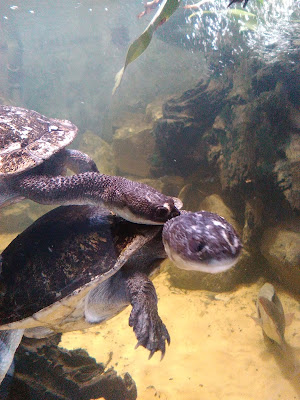 Turtles! So cute. Feel the love.

SC doesn't really like being photographed, which makes no sense, because just look: 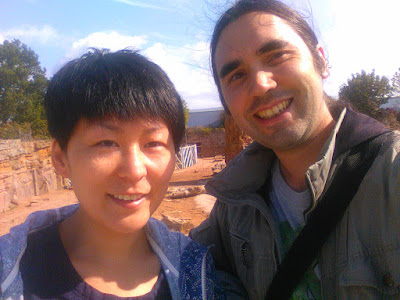 But we got that momento at the elephant enclosure, anyway, though sadly no elephants with it. There were some there, though, including the so-cute baby elephant.

In Liverpool, dear SC was keen to explore some of the museums, so we headed down to the waterfront past the Three Graces. Liverpool had the sense to scrap ideas for a Fourth Grace, which would have looked like this:. 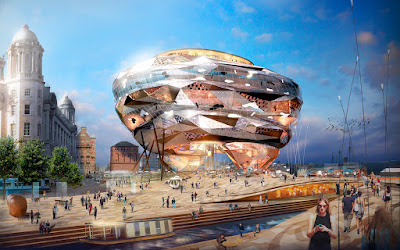 Yes, this spaceship is the perfect accompaniment to three neoclassical buildings, don't you think?

Anyway, instead we ended up with the Museum of Liverpool building itself and the Mann Island buildings (sometimes compared to a loose bin-bag that has draped itself across some classical architecture. Hey, they're still better than the Tissue Box on the Stairs.

Where was I going with this?

So yes, we ended up visiting the International Museum of Slavery. This is a really good museum that you should visit if you're in Liverpool. Be warned, though, if the name hasn't given it way: this is a really depressing place. As it happens, I'd already visited a few weeks earlier when another friend was in town, and I've been a couple of times previously, so I know it pretty well. This mostly serves to emphasise its depressing aspects.

As usual on our expeditions, my education was thoroughly tested as SC pried me with questions about the museum and the history. Presumably the history of Anglo-American slavery isn't a major curriculum topic in China. I spend an hour or so discussing the history of slavery, with an emphasis on how the version adopted by the Anglo-American access was particularly abominable, and how the great and good of Liverpool were particularly reluctant to abolish it as it was the source of most of their money. My brain was thoroughly racked by the time we left. With her usual adroitness, SC found another exhibition downstairs about poor children being shipped off to Canada and Australia, only a few decades ago, which was frankly only a little bit less gruelling.

On the plus side, it was now lunchtime, which gave the opportunity to introduce SC to scouse. She wasn't very keen on beetroot, which is a terrible shame, because scouse without beetroot is a mockery; but she seemed to enjoy the scouse itself. We also had some dandelion and burdock, which I don't think she liked much. It seemed sweeter than I remembered; I wonder if the recipe's changed with changing tastes?

Afterwards, we moved onto the Museum of Liverpool, where I got to explain the Global City exhibit and discuss exploitation of the colonies, various contemptuous remarks about foreigners by historical figures reproduced here, the Opium Wars, and the bit where Chinese sailors who'd lived in the city for decades, helped the war effort and had families here were rounded up secretly and shipped back to China after WWII by the government for daring to request equal wages with white people, leaving their families to believe they'd drowned or suddenly run off. This only came to light a few years ago, in 1999, when some of the children investigated, because the Home Office certainly weren't going to admit it. Don't ya just love this country?

All politicians should have to regularly spend a day escorting foreign tourists around museums. It's a very humbling experience!

So that was a cheerful day! Things got a bit less melancholy when we wandered around the Albert Docks and through Liverpool a bit. SC has what I always call rather gloomy tastes (love ya really!) but it's always really interesting talking through things with someone who has a different perspective on things. To my surprise, she actually blamed the British less for the Opium Wars than the museum did. We also had a nice sit-down in the old overhead railway. Annoyingly, it closed recently enough that all the images of it are still in copyright, and nobody has thought to make any available publicly. Boo.

We had some fond and not-quite tearful farewells as SC headed off to visit other friends, so I was quite surprised the next weekend to hear that she was back, staying in the next village over. Primarily, I was surprised because she was back at all, although a not-inconsiderable portion of surprise was reserved for the notion of anyone voluntarily staying in my actual hometown, a place legendarily devoid of interest. But of course, I was delighted.

We had a pretty quiet time these last couple of days, as I was very occupied with family stuff. Still, we had time for some nice chats, and paid a farewell visit to Chester, where we walked around the walls and cathedral again. This was an invaluable opportunity to brush up on my ecclesiastical architecture, church history, and comparative theology (still love ya really!), and the weather was a bit nicer this time.

Eventually, all good things had to come to an end, so we did a second round of mournful goodbyes. Given SC has visited me twice now, it's definitely my turn to visit next. Beijing, here we come!