Replete with Satiated Having consumed organic matter to maintain my metabolic processes, I leave Burger King, turn on my podcasts, and begin to wander around the Old Town. 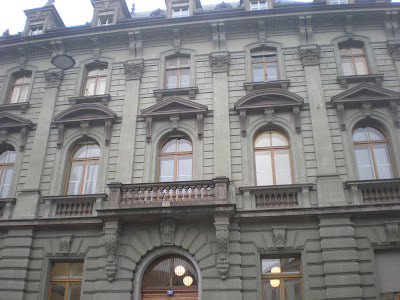 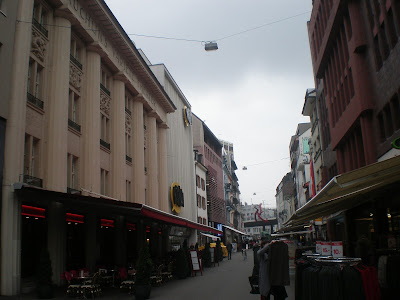 A useful street with a whole swathe of eateries, but I went in the Burger King I saw first because I was way, way too tired and hungry for faffing about.

Or at least, that was the general idea.

Having located one of the Old Town landmarks, the history museum based in an old church, I realise that it's shut. I haven't been eating for that long, have I? No, it's just shut on Mondays. Like most museums. 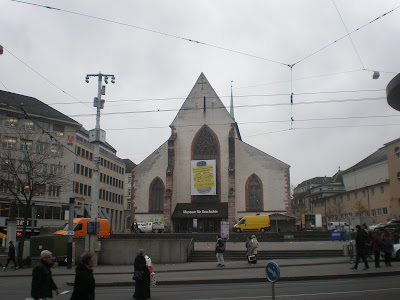 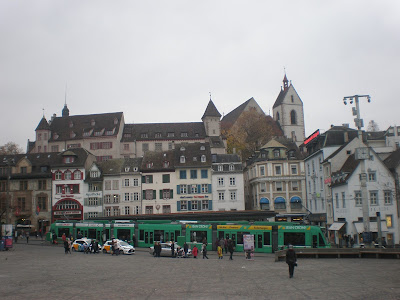 Circling the museum, I strike north-east towards the river, where I plan to walk along the Rhine looking out for Rhinemaidens (one can always hope) and taking in the scenery. In mere minutes, I find myself gazing upon the sparkling waters of the legend-haunted river a McDonalds I know perfectly well to be almost directly south of the museum.

Retracing my steps, I manage to cross the spatiotemporal anomaly that is Barfuesserplatz and progress in a series of unwieldly arcs towards the north, constantly checking my map. My host advised me to check out the Pollock exhibition at the Kunstmuseum (but he's an artist so that's not surprising), which I do successfully find but choose to skip. Taking the road north towards the Wettstein bridge, I find myself gazing suspiciously at the historic townhouses about me, whose continuing ranks become ever more implausible as adjuncts to "being in the middle of a river" as I walk onward. 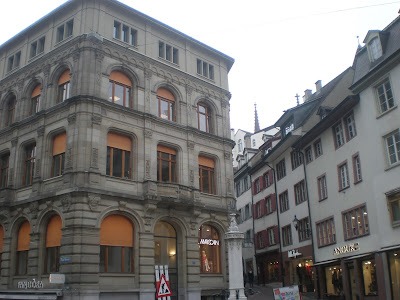 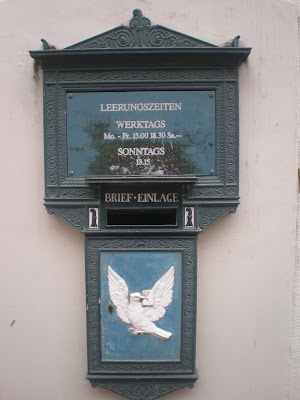 This is a particularly cool postbox, in my view. 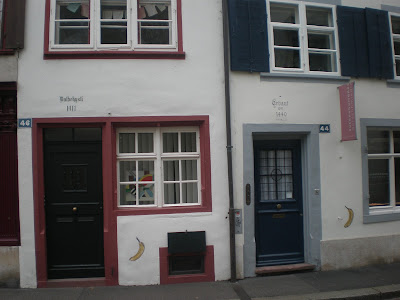 I'm used to seeing 300-year-old buildings around, but I'll admit the 600-year-old houses are impressive. 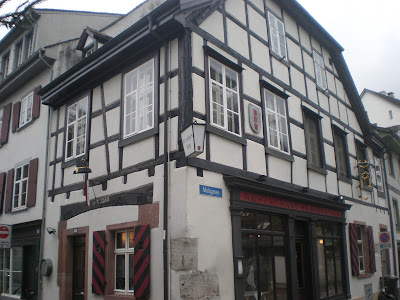 Finally concluding from encountering a park that I am in fact going directly east, I turn sharply to the left. Sheila from the Food Programme is interviewing some hospital staff about hospital food. 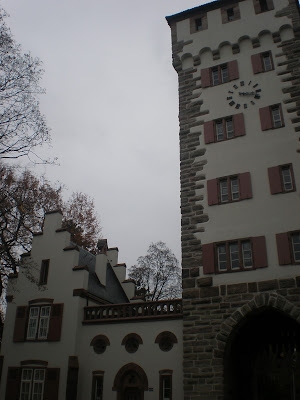 I'm pleased to discover a random stretch of what appears to be mediaeval wall, or possibly a facsimile of it. Switzerland has a lot of very old stuff, but given a lot of it's wood and it doesn't look that old, I'd say it's at least been refurbished relatively recently (in historical terms at least). 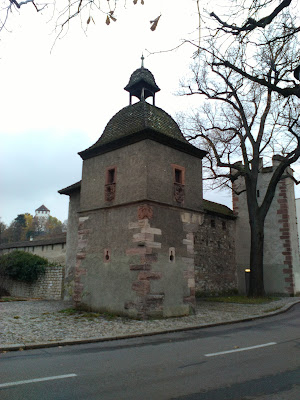 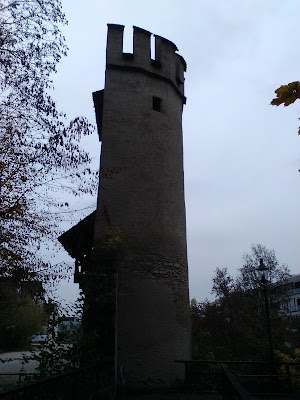 I know this is near the paper museum, so I circle back to check that out; it's closed, of course. 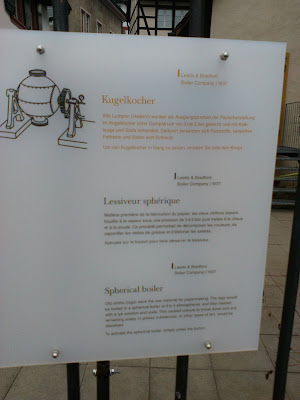 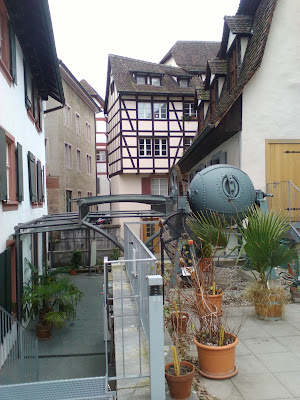 The machine doesn't respond to the button, of course, because the museum's closed and presumably it's been turned off. 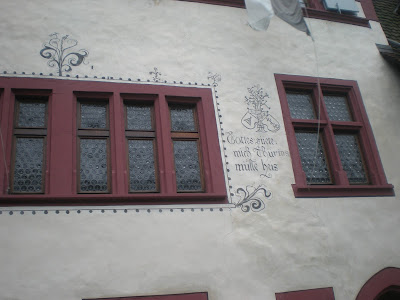 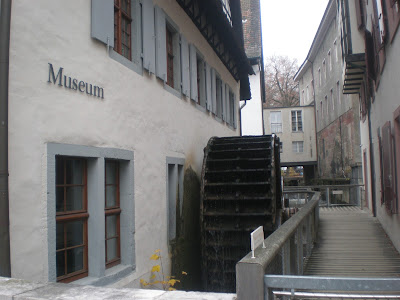 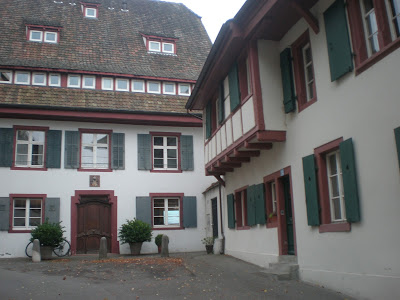 I begin to wander back approximately along the river, appreciating the adequate views of distant buildings over some greyish water in the mid-afternoon winter twilight. Hey, I'll take what I can get at this point. 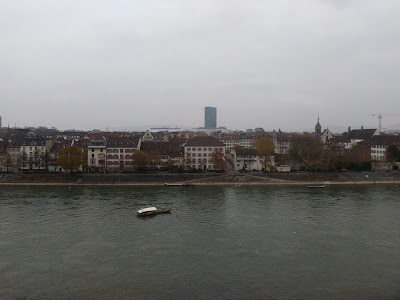 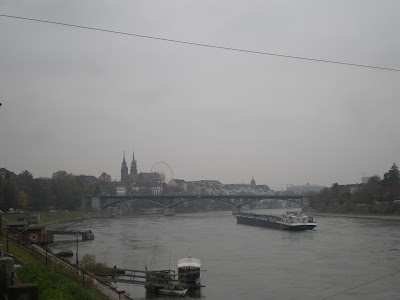 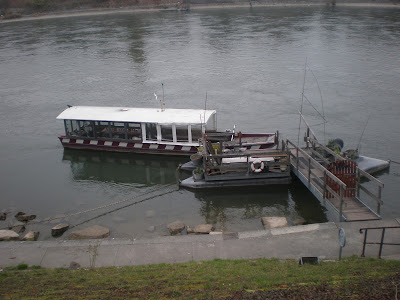 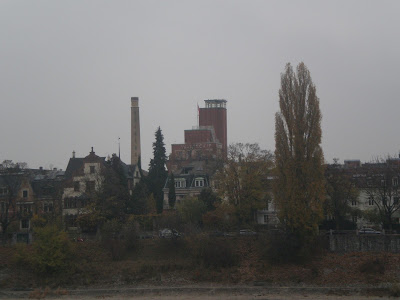 Along one of the sidestreets I find the Cartoon Museum! It sounds intriguing; if only it weren't closed. In this case, not merely for Monday, but for a renovation. It's almost like there's a conspiracy against me in Basel. I am entirely willing to believe this. 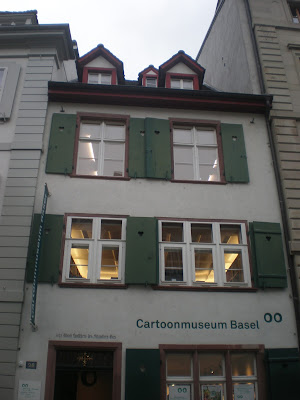 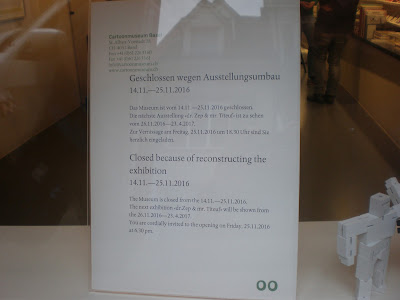 That's a shame, as I expect it would have been interesting, and also I might have found some cool stuff in their shop (according to a sign, there is a shop with lots of comics and stuff). 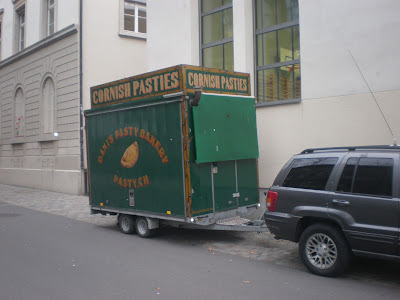 I don't know either.

There is a red sandstone church nearby, where renovation work is being carried out. I'm listening, by this point, to a podcast about microbakeries and the work of some microbakers in helping at-risk young people take control of their lives. 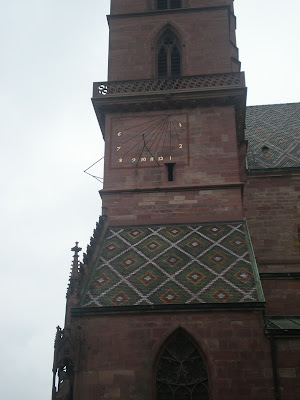 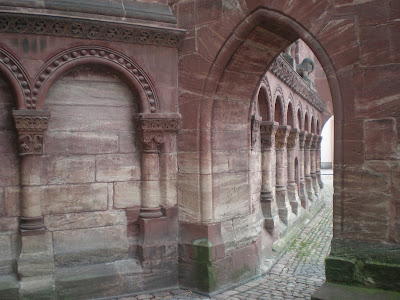 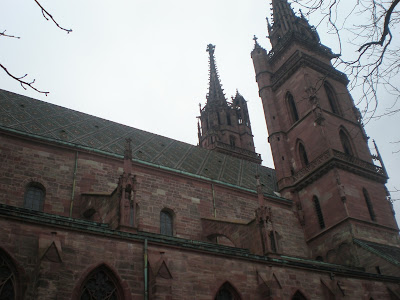 At last, my efforts are rewarded as I find the bridge I was looking for an hour ago and set off across the Rhine. 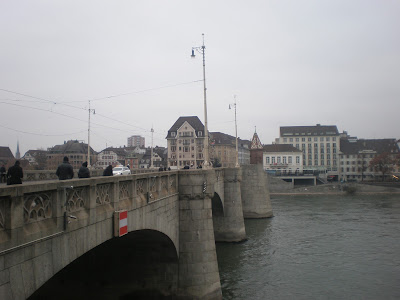 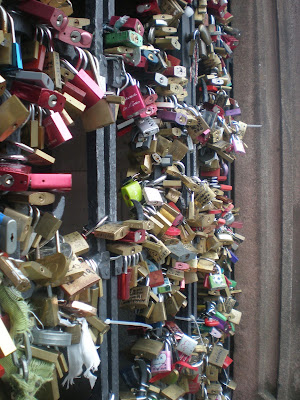 Around the centre is what I think is a shrine. People have done that irritating padlock thing for some reason.

After a quick look round, I realise it's nearly 5pm and about to get dark. I'm a bit cold, somewhat tired and have been walking around for ages. Rather than immediately start exploring the far side of the river, I decide to cross back and find a cafe. I'm here for basically two more full days; there's really no need to exhaust the full walking-around potential of the city. And who knows, tomorrow I might even be in a better mood. 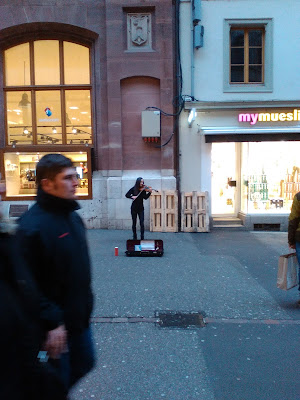 After a couple of hours sat in a Starbucks I realise I should probably go back to the B&B. It's dark and I'll have to eat at some point, though the very late lunch means my body clock is all thrown off. I manage to make my way there without any particular problems, but struggle to find anything particularly suitable for a solo uncooked tea for one in the local shop. I end up eating the remains of my Fladenbrot, now rather stale, washed down with yoghurt. The glamorous life of the European traveller!