I thought I should give a quick overview of my hotel while I'm here.

I'm staying at Hotel St. George near Zurich Hauptbahnhof (the main station). It's easy to reach from the airport, and a fairly simple walk from the station - about 500m and simple to navigate. It's also fairly affordable. This does mean it's a basic hotel with shared bathroom.

I can say that the service seems very good - the staff are friendly and helpful, and speak good English (despite my attempts to speak German to them - but then I don't even know if they're first-language German). They lent me a plug adaptor when I discovered the Swiss have a special unique plug socket standard that doesn't match the main European one. 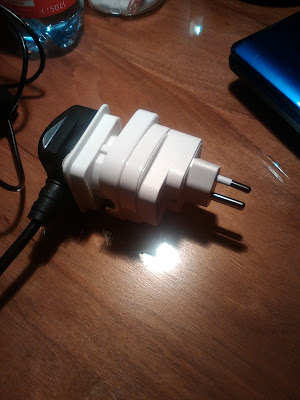 My room was on the fifth floor, so lifts up and stairs down was the order of the day. The lift is quite small so it's definitely something to be aware of if you have any claustrophobia-type issues. 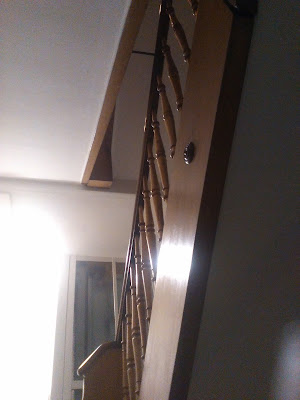 The rooms are basic, it's only a 2-star restaurant. There's a washbasin in my room, but definitely no en-suite. That's the first time in a long time I've had that, actually - not since I was staying in a ryokan in Kyoto, I think. I suppose I don't stay in that many hotels, though. 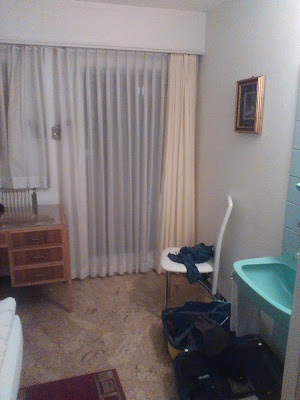 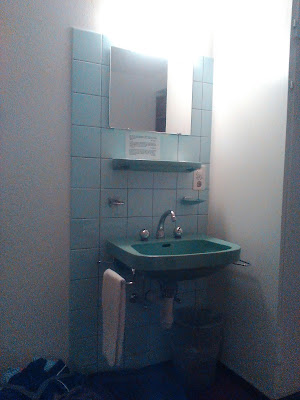 This gives a fairly accurate impression of the lighting conditions, except that it's yellower in real life. 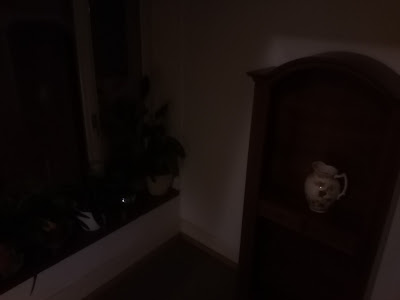 Parts of the hotel get genuinely rather dark at times, as you can see. It's got a reasaonable amount of general decoration to keep it from feeling soulless, though.

Although I'd forgotten about this, there is a genuine inconvenience to the lack of en-suite. You do have to think about when you can shower etc., and of course you can't guarantee being able to get to the toilet when you need to. Another oddball one for those of you who like your light: I normally find the bathroom is the best-lit of any part of a hotel, so when the dinginess of rooms is getting to me it's handy to be able to wander in and have a glass of water as I soak in some photons. Plus, you can leave the door open and usually double the brightness of your room! Here, not so much.

Also, other guests may decide to use the toilet as a smoking-room when they don't feel like going outside in the rain, apparently. Which means the place occasionally smells revolting for rather unexpected reasons... I don't think this is official policy, but then I don't know. Different countries, often perplexingly different attitudes to smoking.

The facilities in the room are basically just what you'd expect - small bed, small desk, two chairs actually, and a few shelves. There's a TV (I don't normally bother with these) and a socket that's quite hard to reach.

For the most part the room is basically completely adequate. I knew about the bathroom situation when I booked it so that's okay. I do have to ding it for the room lighting - even by the standards of hotels, I found it oppressively dingy and was reluctant to spend a second longer there than was absolutely necessary. The lounge downstairs was better, but you don't necessarily want to sit in a public room for the evening. The TV is on most of the time, which will be fine for anyone used to background TV, but I found rather distracting. 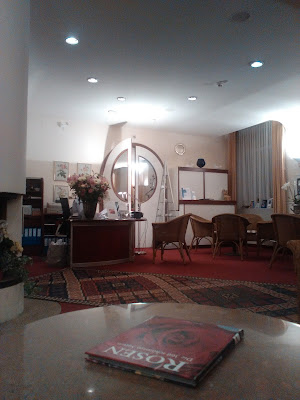 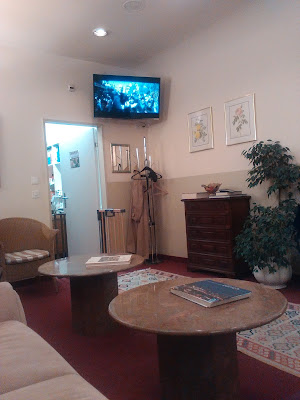 Also be aware there's no facilities for drinks, other than pouring yourself a glass of water. So you can't sit quietly over a cuppa or anything like that, or brew yourself one to drag yourself away.

Breakfast is available, but it's an extra 12 Francs, which struck me as rather a lot. I decided I'd rather head out and look for a cafe instead - I'm sure it'll be just as pricey though.

There's also a rather interesting arrangement for the keys. 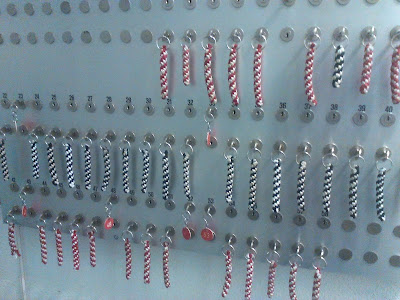 When you go out, you stick your room key (with tab) in here to unlock the night keys (without tab). And when you return, you insert and turn the night key to unlock your room key. This means after hours, you can get into the building, but you can't lose your room key. It also makes things very complicated for thieves, who wouldn't know which room to try and break into even if they stole your key.