Between my, um, quibbles about the local bread, insufficient dietary fibre, a baking habit and confusion over what I was supposed to have for breakfast, I have ended up starting baking despite initially-unpromising circumstances. I had in fact brought baking powder for exactly this situation.

An early target was microwave muffins, which I have learned to make using an array of recipes. As most are American, they require a certain amount of finessing: convert measurements from cups to human-parsable units, delete three-quarters of the sugar, that sort of thing. 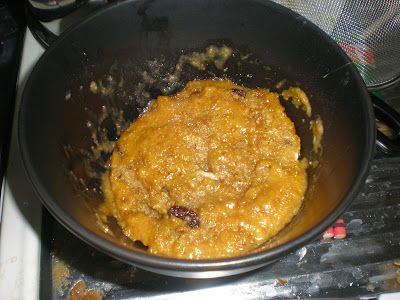 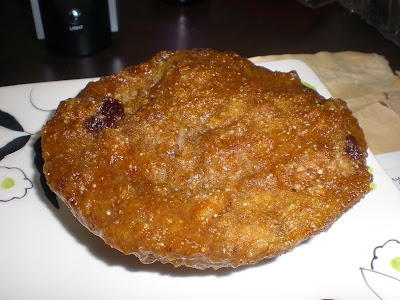 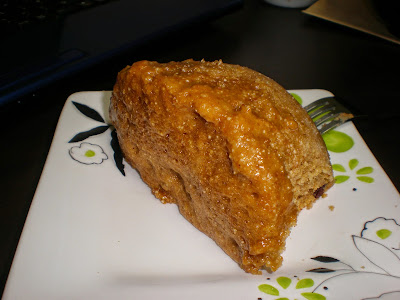 It's not remotely as good as something I could bake with a proper kitchen setup, but it's relatively simple to make, relatively healthy, and includes valuable wholemeal flour. I use "valuable" in both senses here - it's pretty expensive in Japan, and hard to find, but also crucial because of the national aversion to most fibre-containing foods.

Once I'd spent an evening painstakingly translating some key sections of the microwave manual, I moved on to bread, because I really, really wanted some decent bread so I could just have a sandwich, is that so much to ask? 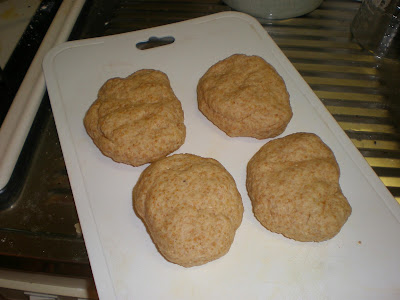 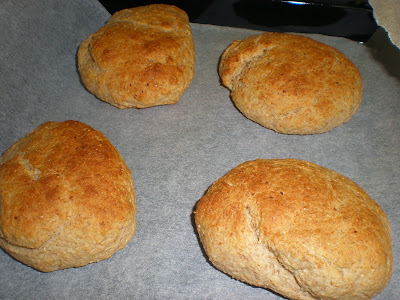 These turned out much better than I'd feared, although I couldn't get them to rise very far. They tasted good, though. Unfortunately, my more recent second attempt was much less successful. I don't have photos of these, though.

Following suggestions elsewhere, and concerned about leaving milk-based dough lying around for hours, I put it in the fridge overnight. What emerged was, essentially, a biscuit. Nothing I could think of would persuade the dough to stir any further, the yeast presumably exhausted after a relaxing cool night of frolics. It is chewy and not particularly appetising, fit only to eat with jam as a rudimentary breakfast. I was really hoping for sandwiches. I partly blame the fridge itself, which has been known to freeze vegetables in the past, but I don't really know the reason.

The difficulty is, I think, that there's not a good balance to strike. My house is typically relatively cool because I have air conditioning, and that plus the draft discourages dough from rising. There's no direct sunlight at any time of day, which is a great shame, because for the one year of my life that I had a sunny windowsill to place dough on, I produced plump and succulent rolls that have never been equalled. I could leave dough out when I leave and turn the aircon off (which I always do, of course), and the place will warm up, but I'm usually out for four hours at a time, which is a long time for milk in ~30C heat, I feel. Also, I'd need to be so organised that I made bread dough only a short time before leaving the house, which is... unlikely.

One trick I've tried before is leaving things on a metal tray over a bowl of boiling water and a cloth over the whole to insulate it. I'll try it if I can come up with a substitute for that metal tray, which (like virtually every other kitchen item) this flat doesn't possess. We Shall See.