I have no particular thoughts at the moment, but thought I might share a few more photos I've taken in my wanderings. 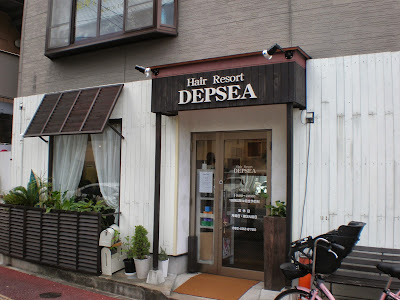 I like to this think is a wig restoration business. 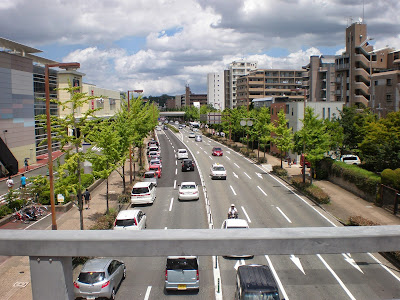 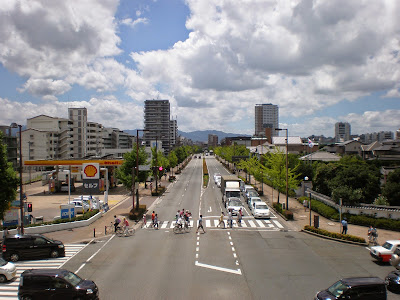 These views are from a bridge a little way from the sea - unfortunately due to timings I didn't actually make it to the shore. It got to 2pm and I really needed to get back and eat something rather than walk another half an hour to the shore. The walk back was already nearly an hour in this heat. 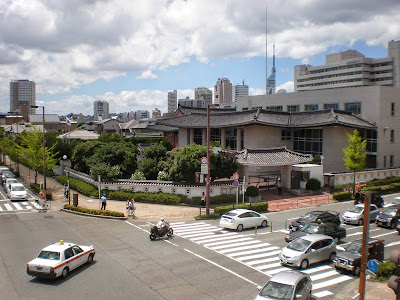 This turned out to be the (South) Korean Embassy. It's in Fukuoka because it's only a few hours away by ferry. Somewhat to my puzzlement, there were Korean guards stationed around the embassy - not immediately around it, but individual guards here and there in the streets nearby with batons. I'm not really sure what they think that will achieve. 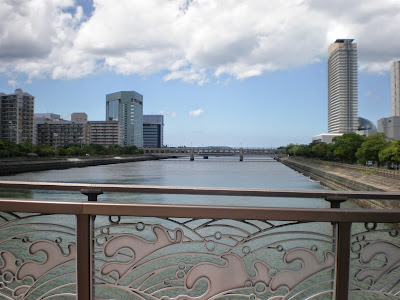 The closest I got to actually seeing the sea - I think technically the very furthest point of this inlet is the sea itself.

My intention this time was actually to visit the city library, in the hopes that this might a) be interesting, and b) have some information on goings-on. While both were slightly true, it seems the library only holds information on pretty official events, like major concerts. There was none of the information from little community groups that I expect a public library to have scattered around. I still haven't worked out where, if anywhere, fulfils that purpose in Japan. 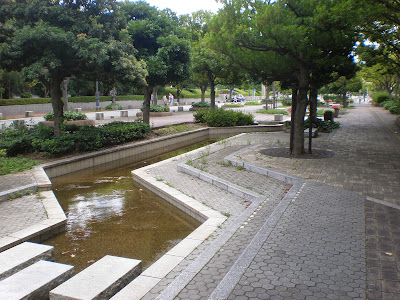 Above, part of the rather grand surroundings of the City Library and Cinema in the City Museum area. Below, one view of the foyer. I couldn't really take any more pictures, since I'm very uncomfortable about taking photos of people without their permission or disturbing them, and libraries aren't there for tourists to photograph. For the interested, there are some more photos at:
Sumai1616r (exterior)
MAY Architects 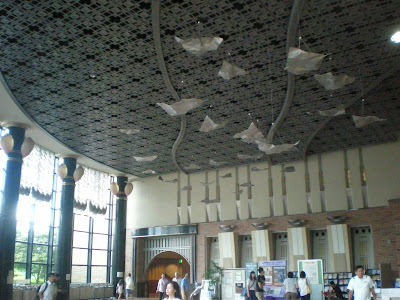 These last few are just views of some of the streets near my home. As you can see, not everything is tower blocks - there are also some houses of the sort we're more used to. 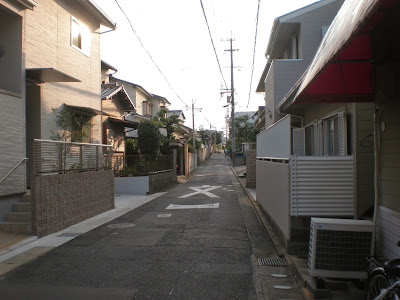 I thought this was an interesting little juxtaposition - a large and fairly traditional house posed against a vast apartment block that filled the horizon. 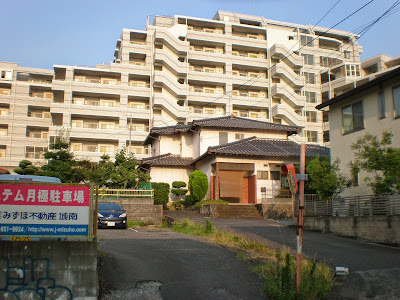 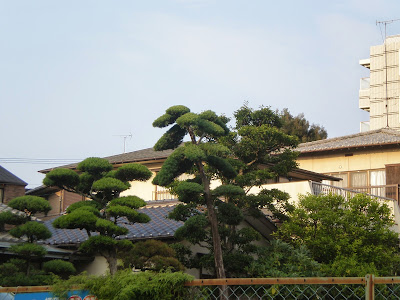 These trees are very common, and I suspect get a lot of attention to maintain their shape. Somewhat to my surprise, odd garden trees are about the wildest thing I have yet encountered in Japan (second only to the scrubby grass in some of the lesser-used car parks). There is absolutely minimal wildness, even in the tightly-ordered parks. To British eyes it seems very strange, a sort of 18th-century formal garden feel. I suspect this helps to explain the shortage of birds.