So a little while ago, our GenkiJACS culture class took a trip to Kushida shrine in Hakata. 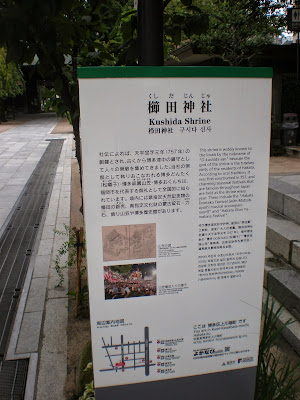 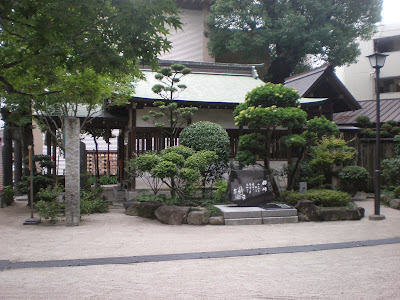 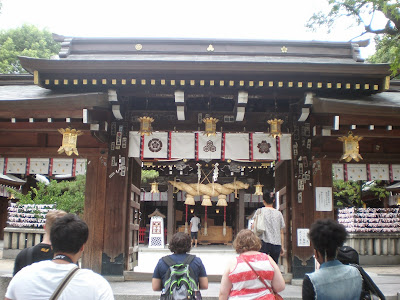 I'd actually paid a flying visit earlier, when we went to the Owl Cafe, but didn't really know much about it. Luckily, this time Kayoko-san was on hand to tell us what was going on. Any errors of fact here are my fault for not paying enough attention. 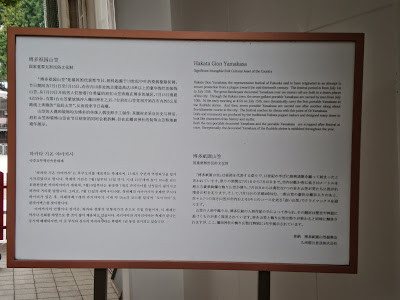 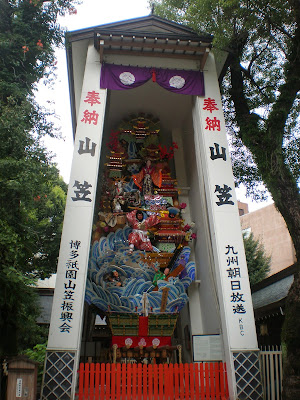 The temple houses one of the floats used in last year's Yamakasa festival. It will be destroyed when the next festival comes around. This is, I dunno, about thirty feet tall?

These stones were brought here by various sumo wrestlers, which is a bit of a tradition. Each one is a couple of feet long and immensely heavy. There's an example stone nearby so anyone feeling macho can test their strength - the most our party managed was to turn one over. 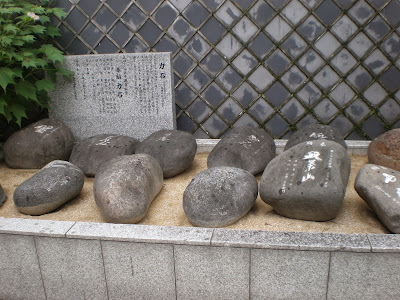 These are empty sake jars donated by various well-wishers for use in rituals. 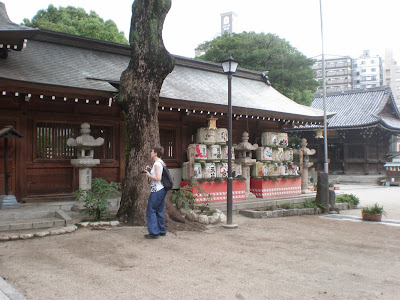 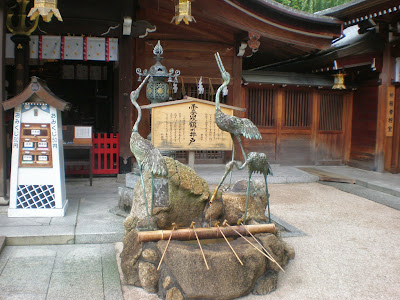 The cranes are associated with longevity. This spring was traditionally drunk from in the hopes of health and long life, but ironically is now too polluted to use. A stern notice warns against drinking from it, so the cups are just for show. 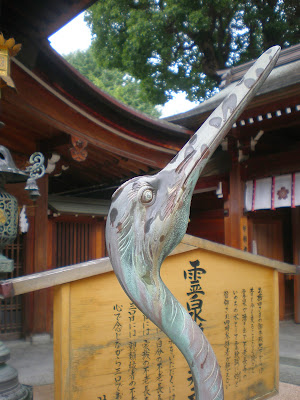 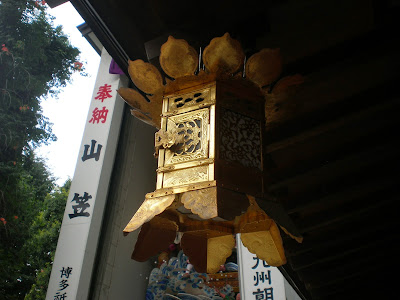 There's undoubtedly some significance to this lantern, but I just thought it was striking. 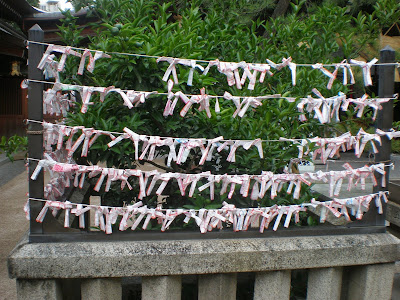 Fortunes tied up in the shrine to let bad luck blow away in the wind. 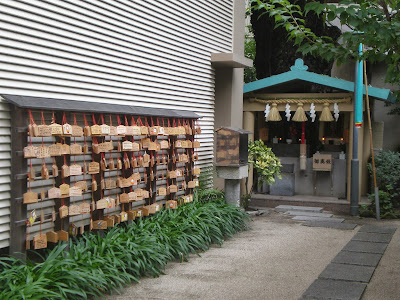 These wooden plaques are used for important prayers - at least in theory. You buy them from the shrine stalls, which sell all kinds of charms, prayer plaques and fortunes. Things like this also have a bit of tourist cachet, so some people just want to buy them and write something, not necessarily personally important prayers. I saw a fair number in English, Korean and other foreign languages as I passed, and some of those were clearly just casual remarks - although I didn't like to read any in detail as it felt intrusive. Traditionally they should be prayed for by the priests and then burned. 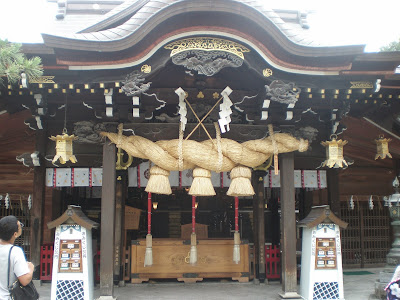 This rope is a Shimenawa. It's made from rice stalks, and is used for ritual purification and as a boundary against spirits. Beneath it are pulls for three bells than can be run to attract the attention of the shrine's deities before praying. Some of our group did so, and quite a few Japanese visitors while we were there - they only seem to creak a bit, rather than ring, but from what I can work out that's a maintenance problem rather than deliberate. 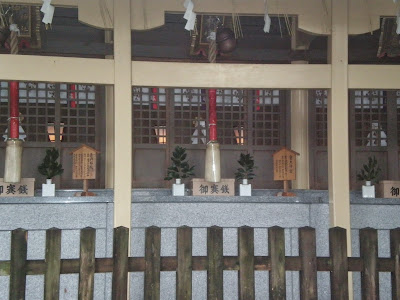 As well as the main shrine, there are mini-shrines like this dedicated to other deities. There are around a dozen here, as well as some mid-sized shrines with their own small buildings and gates within the compound. 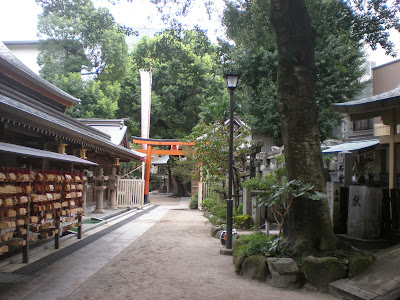 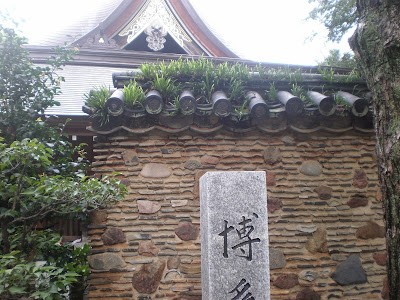 This wall is built from rubble left over from the destruction of much of the city. It reminded me strangely of the Erosion on the Formby coast, a poignant reminder of tragic histories. I've now seem similar walls in a couple of other historic sites.

This is a pretty convenient place to visit - as I said, I've been here myself in passing. However, unless you already know a fair bit about shrines, it's pretty difficult to get much out of it other than some photos of nice things you don't really understand. As such, it was really helpful to have Kayoko-san there to field our questions, show us the most interesting points and even ask a couple of questions of the shrine staff. As someone who's seen a lot of churches and knows a reasonable amount about that kind of architecture, it was an interesting comparison and I'd be quite interested in a more in-depth look of the kind not really possible in a sizeable group.

If you're well up on shrines, you can probably appreciate Kushida by yourself, and I don't know that it's particularly different from other shrines of similar size. However, if you're like me and basically completely ignorant, this was an enjoyable and worthwhile excursion that I can recommend.