Having eaten quite a bit of plum rice recently (it's the most appealing meal sold by the corner shop) it occurred to me that rice with kiwi fruit might be an interesting choice. It would lend a tart sweetness to the rice, rather like plum does, although it would need to be added at a late stage, because boiling kiwi for an hour would destroy it.

After much thought, I went for kiwi rice with spiced beef and green pepper. I carefully did this in separate bowls (normally I'm lazy) so as to keep the three (sweet, hot and bitter) as distinct as possible.

I peeled the kiwi (I use a potato peeler, but a knife works too) and just diced it into 1cm chunks. As I was using a rice cooker, I added the kiwi about five minutes before the rice was ready, stirring it in before popping the pot back in.

The rice was, as I hoped, imbued with a slight sweetness and a fruity hint that leavened its bland taste. It also contrasted pleasantly with the beansprouts and pepper. However, I was disappointed with the beef. I'd hoped for a nice strong flavour with a spicy kick, something rich to offset the rice. In fact, it had a very mild flavour and so didn't provide the contast I'd hoped for. It's fairly difficult to work out exactly what I'm buying in the supermarket, so I'm not sure I can hope for much better. Bacon might work? I dunno. 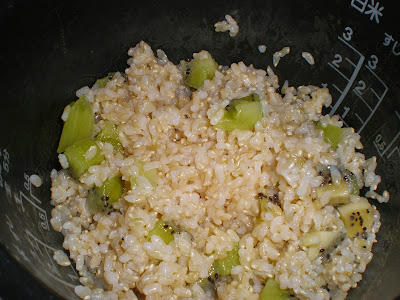 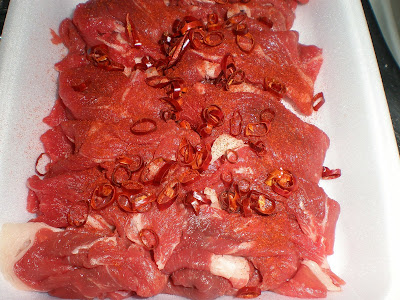 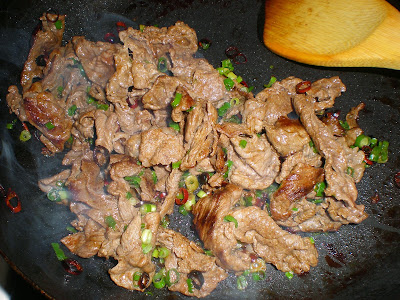 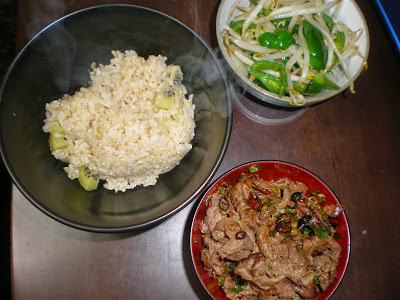