So now I have only a week left in Fukuoka, and it's time to start saying goodbye. This week I had two farewell parties with little groups of friends. As well as seeing people again, I thought it was a nice chance to introduce some people. One of the things about staying here for a long time is that the students turn over fairly quickly, while it's actually quite difficult to get to know local people. You have no particular connection to anything going on locally, so you don't really meet people. At the same time, for the Fukuoka residents, making friends with people who'll only be around for a few weeks (most students) isn't a very tempting opportunity.

So I thought this would be a chance to introduce a few other long-term students to some of my Japanese friends. Hopefully they can hang out a bit after I've left.

My first gathering was in the Black Sheep British Pub, near Tenjin. H-san (of previous fame) selected this and it seemed oddly appropriate. After some confusion we did all make it there, and found it really quite a decent pub approximation, complete with enormous television showing the Liverpool-Leicester football match (3-1, good job lads). I was particularly pleased to see K-san again, a lady I met about six months ago but haven't seen since.

The food was a slightly odd mix - I don't claim exhaustive knowledge of pubs, but while fish and chips or bangers and mash are solid options, I don't particular find nachos, burdock fritters, or buffalo wings to be 'British'. The range of dessert pizzas was also an unexpected novelty (chocolate and banana pizza, anyone?). Most of us opted for the fish and chips. It was fairly decent, although again slightly surprising - it was delicate and sparse, the sort of thing I'd expect in a slightly poncy restaurant or M&S café, rather than the mountain of potato segments pubs normally offer. 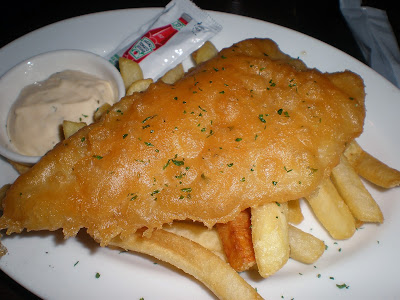 After a couple of beers and a lot of enjoyable conversation, we left the pub and moved onto a local coffee place H-san recommended. It was a fairly quiet, tiny place where a group kindly moved tables so we could all sit together. We had lattes and (in my case) a little scone, rounding off our meal from before and chatting a bit more, before we finally went our separate ways. It was really nice to see everyone again, and it seemed like my classmates got on pretty well with my Japanese friends. I was particularly impressed by the alleged beginners, as virtually all conversation ended up being in Japanese. 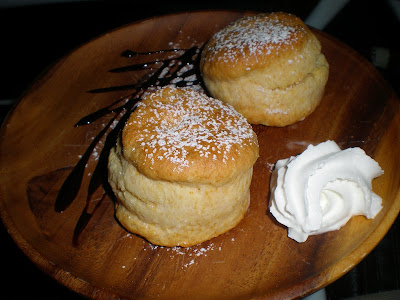 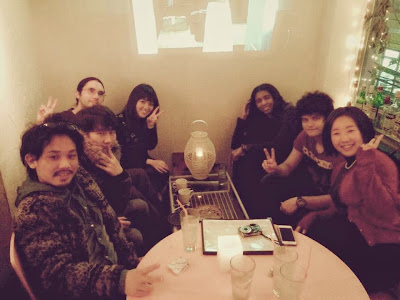 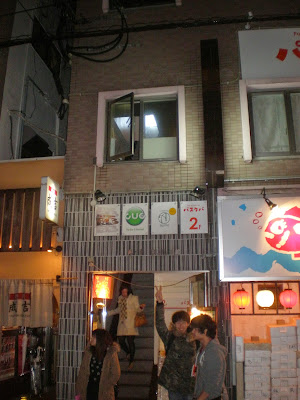 The other group I've met up with are C's friends, all of whom I've also met on trips and so on. They've been really welcoming and I wanted to see them again. Plus, C had done a lot of event arranging, and I didn't want that to entirely fade out as soon as she left, so it was deffo my turn to plan something. In conspiracy with M-san and T-san, we arranged to go to an okonomiyaki restaurant (not that one though), and a few classmates were able to come along.

This was a little different: another place where you kneel down, and this time the tables were equipped with teppans (heated iron plates) to keep the food warm and even cook it a little more if you want. We thought for a bit we'd be having to cook our own food, but this was not the case. We had a bit of okonomiyaki and some yakisoba, and another beer. This time we mostly spoke in English, interspersed with Japanese and German. We had some pretty complicated conversations as well. I feel like I've spend an unusual amount of time talking about very serious things like politics, economics and society since I came here. Perhaps it's because most people I meet are (naturally) those with an interest in other countries, which tends to involve knowledge of differences and relationships between them? Anyway, I did my best not to rant, despite the latest announcements from Osborne. 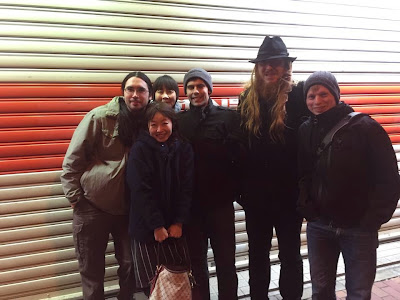 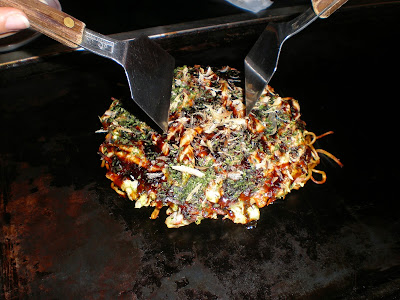 Afterwards, we once again sought out coffee. Late-night coffee culture doesn't seem as strong in Japan as in western cities, so it took quite a while to find somewhere, but we did eventually get out of the very chilly wind and guzzle some hot caffeine. I suppose the cold helped us wake up, and the walk let some of us stretch aching legs after all that kneeling. I once again had a lovely time talking to everyone, and was very sad to leave. T-san and M-san surprised me by bringing along little parting gifts for me, and I did my best to remember the right expressions of polite gratitude!

My presents turned out to be some fun Japanese stamps from T-san, and a very cute set of sheep chopsticks (next year is Year of the Sheep) from M-san. Thank you! 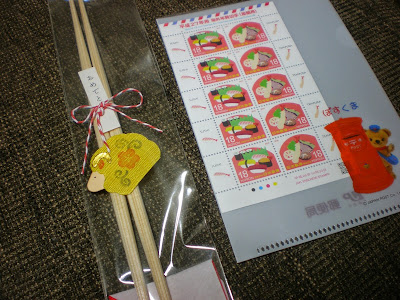 I'm going to miss all these very nice people when I'm back in the UK. I hope to see some of them again one day.