We hear First Nation commanded to beat the rug - not definitely

I feel like I should feel guilty that the first thing this city brings to mind is terrible cryptic crossword clues, but I don't. I feel vaguely guilty for that, if it's any help.

Since I'm ordering a reserved seat (I'd rarely bother in the UK, but here it's less stressful when I know where I'm supposed to be) I have the difficult choice of the window seat or the aisle seat for my trip on the shinkansen. Windows are better for seeing what's going on, and keeping luggage out of the aisle; aisles are better for legroom. I decide in the end to settle on the aisle, but thankfully nobody sits next to me.

I decide to take a pile of pictures of the landscape and townscapes as we pass. They are entertainingly weird because of the sheer speed of our train. 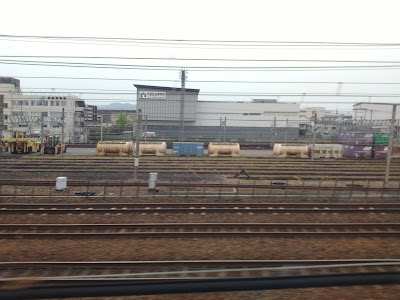 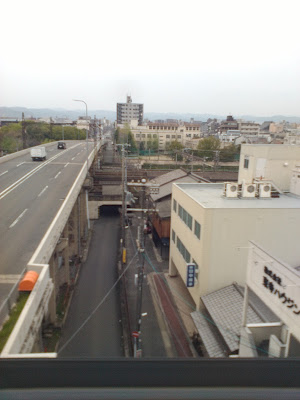 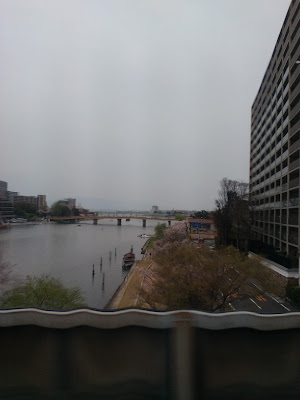 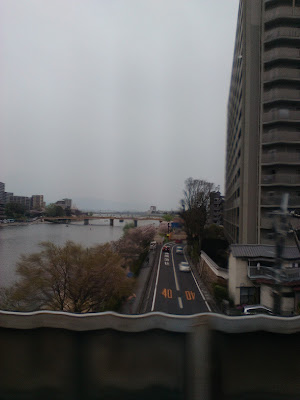 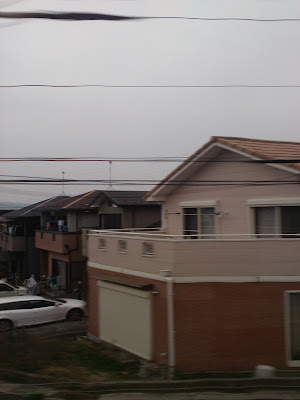 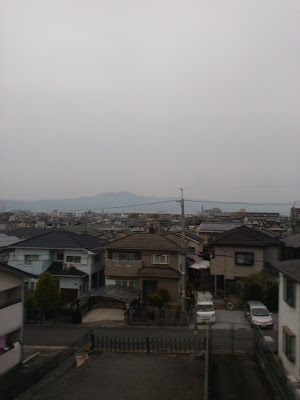 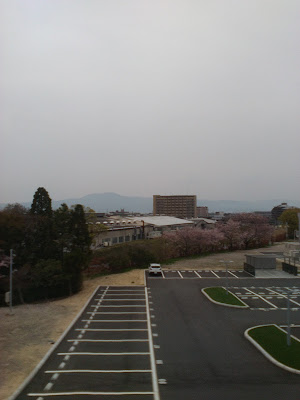 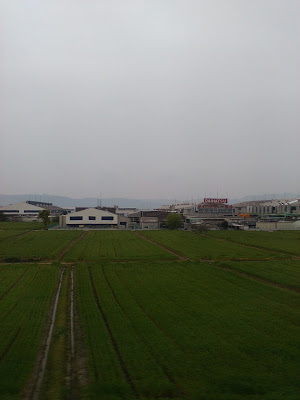 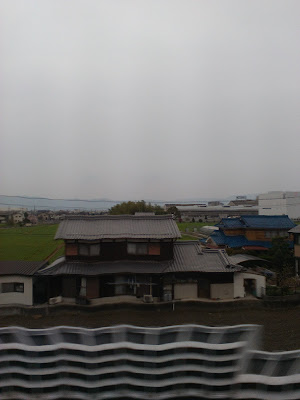 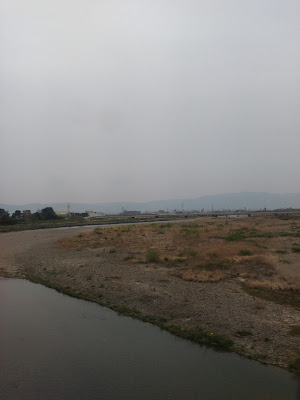 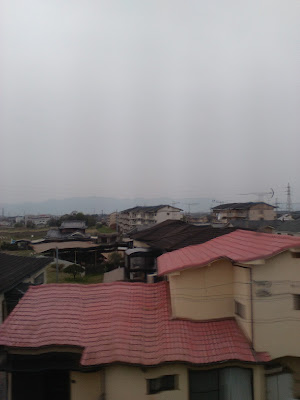 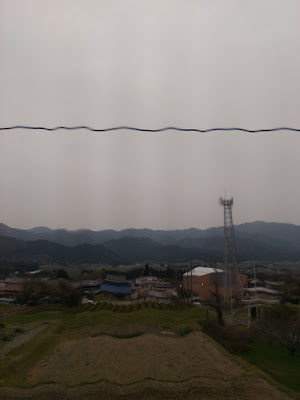 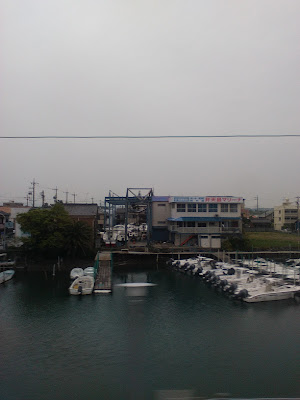 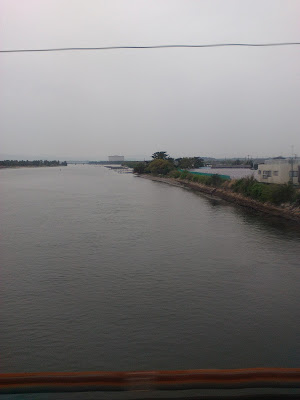 I'm staying at the Kuretake Inn, which is a few minutes' walk from the station, and relatively easy to find. Google Maps did helpfully place it in the middle of a road, but thankfully the building has its name written on it in large letters. I've suggested an update to the map.

To my astonishment, there's several buskers by the station. I'm surprised because Japan is, in my experience, incredibly short of buskers - I've seen about two in the full seven months I have so far spent in the country. Actually, it may have been some kind of official event, or maybe even a sanctioned busking area? Either way, it's unusual to my eyes. 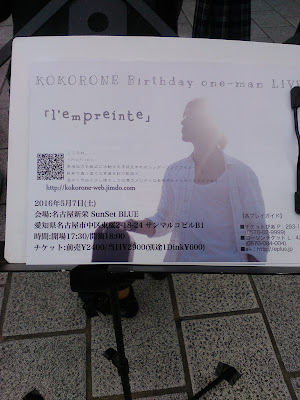 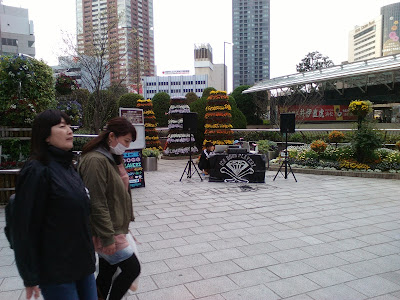 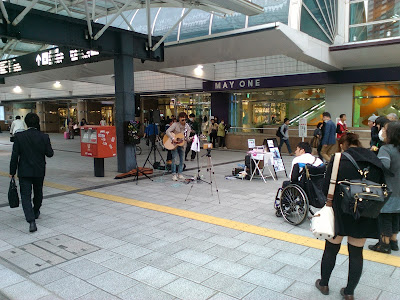 The station area is moderately interesting too, with some sculpture elements and fountains. 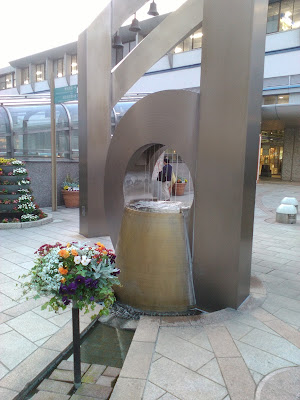 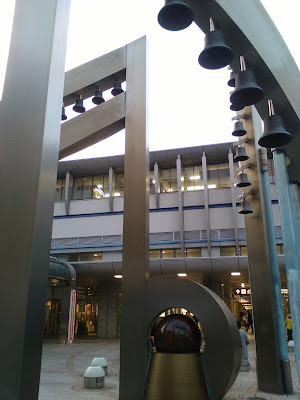 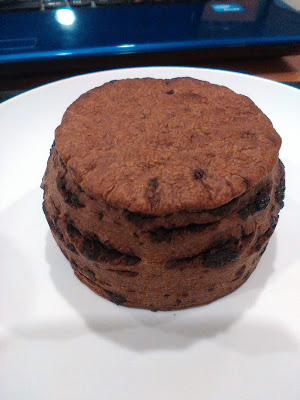 They've obviously made an effort here, and I think the plan to have the area around the station be an actual shopping district is sensible. There's a concert hall very nearby, as well as a rather classy-looking shopping centre, and an underground bit. This means that rather than leaving the station and then wandering blindly for twenty minutes past a succession of charity shops and tiny offices (as you can often find in the UK) you immediately find relatively useful places, and the underground aspect provides a handy breadcrumb-trail that leads you from the station further into shopping areas of town. On the downside, I don't want to buy anything.

My first encounter with the hotel is a sign advertising its short-stay rates, which briefly makes me wonder if I've accidentally booked to stay in a love hotel. That would be, well, undoubtedly an interesting experience. 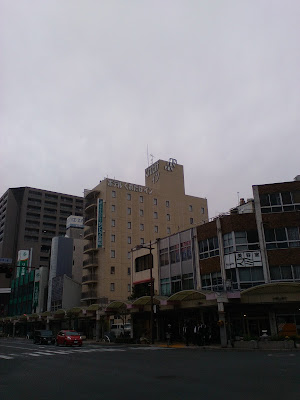 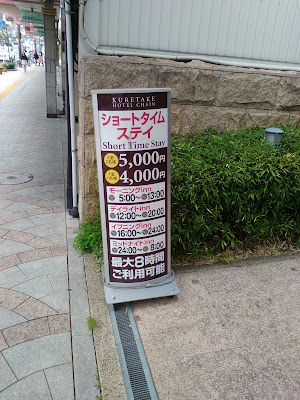 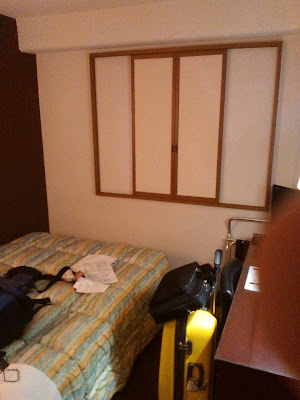 On closer inspection, they're letting eight-hour blocks rather than one-hour blocks, so I think we're fine. Also, the fact I was able to book for several days argues against that interpretation. I head inside and check in, and wander upstairs. It's a little less luxurious than the Sunroute was; you can tell by the number of functions available on the toilet seat. Also, it turns out to have no air conditioning. I never used it in Osaka though.

When I come back for a bath in the evening, I soon realise the lack of aircon may actually be an issue. Although there is some kind of fan in the bathroom, if it's working at all it's at the gentle pace of a retired colonel with gout amiably meandering through a Victorian park. Opening the small window is slightly suboptimal because mosquitos tend to come in, in my experience - I've already killed one here and several in Osaka. However, between the bath, the small (unwanted) fridge, my own body heat and the fact that I'm using my laptop, the small room is getting uncomfortably warm. It has aircon, as I eventually discover - controls are built into the bed. Inexplicably, all three settings cause it to vent hot air into the room, raising the temperature even further, and I start feeling actually ill. Leaving the window open for another hour slowly brings it down to something bearable.

Speaking of laptops, the wifi is for some reason completely terrible. I can't even use Google Maps; it takes several minutes and multiple attempts to load a map image and searches mostly fail. This is inconvenient because I'm trying to find places to eat tonight. Eventually I give up and just wander towards the station hoping to find something that's a) a restaurant, and b) somewhere relatively unstressful where I can easily identify and order something I'd like to eat.

This actually proves surprisingly difficult. Most of what's near the station is clothes shops, while above it are (as in Fukuoka) extremely expensive restaurants. As in, places asking for £25 for a bowl of rice with something on it, which I can typically buy for £2.50 instead. Eventually I realise somewhere that's mostly a take-away bakery also inexplicably serves curry, so I get curry and peach juice. It's fine. 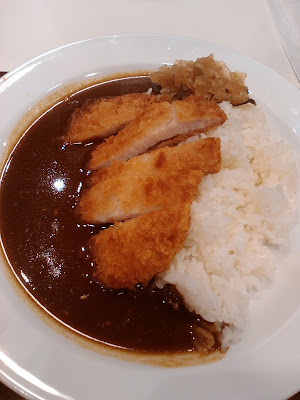 Thankfully, by the time I return to my hotel, the internet is inexplicably working fine. It will continue to flip-flop on this issue throughout my stay. As a result I spend most of my evenings in the nearby Starbucks. Since the room only has facilities for green tea, I might well have done that anyway.