So, why Osaka? Well, the main reason is that while I was studying hard in Fukuoka, M-san has been holidaying with relatives and friends there. Our holidays overlap just enough that it's feasible for me to rush up to Osaka (skipping my last day of class, sadly) and meet her there!

Even better, A-san still works relatively nearby and is able to catch a train over, which means we could get together for a reunion.

Off to Osaka! It's not the best weather for photos, as the light's very flat, but here's a quick snapshop of the journey. 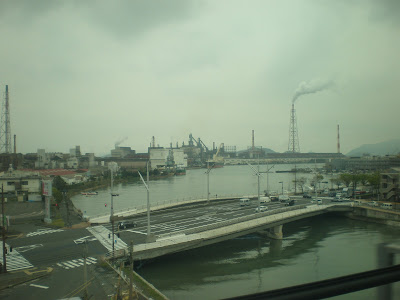 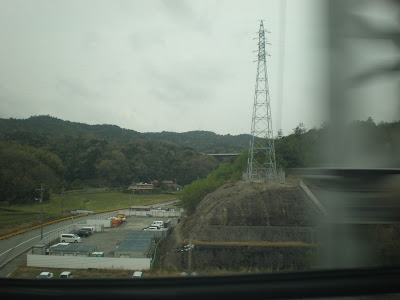 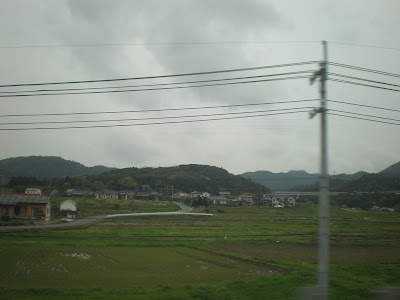 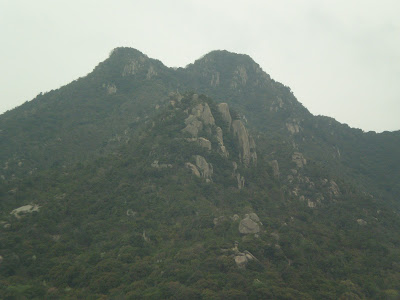 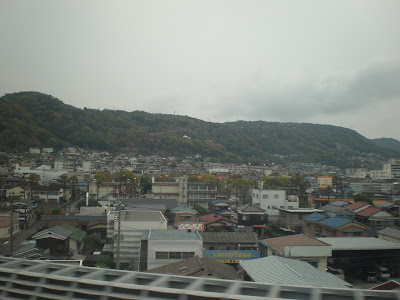 My hotel takes a little while to find, and I'm quite hot by the time I manage to drag my luggage there. I'm starting to regret not having bought a portable wireless hotspot. It seemed unnecessary, but in the big cities things like "which exit do I take from this enormous station?" get surprisingly awkward (particularly when you're lugging heavy things around) and I'm finding it relatively difficult to find wireless. Several of the free services out there seem to require complex and annoying sign-up procedures (including 7-11, which is vaunted as one of the most useful) and some even expect you to install an app! No chance.

It's a surprisingly posh hotel, with about fifteen staff on reception and a check-in procedure much like the one at the airport. On the other hand, my view is over a car park and a building site. That's cities for you. 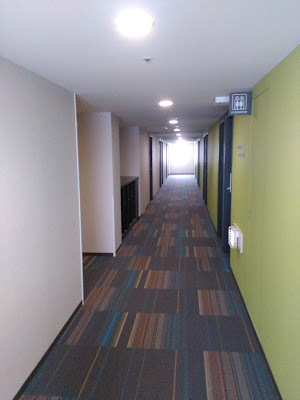 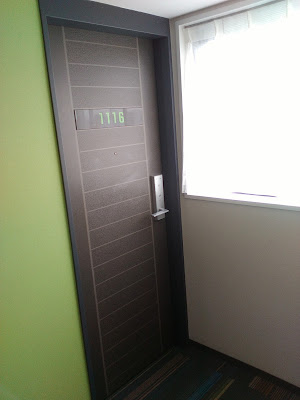 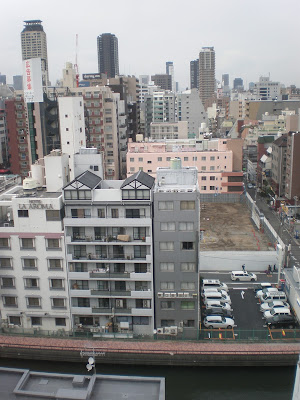 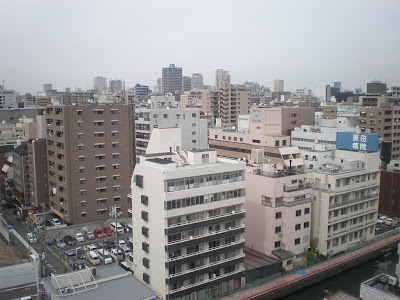 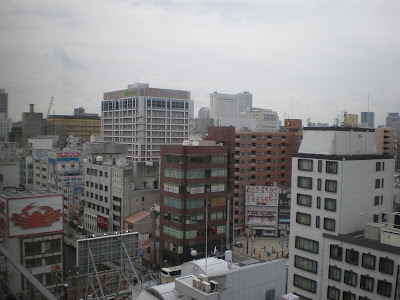 A flurry of emails follows as M-san and I try to work out arrangements for meeting up. To our mutual confusion, we turn out to be staying in the same hotel! Most convenient. We go for a stroll in the local area, of which more another time. After a cuppa it's time to track down our designated meeting spot with A-san, and we hop on the train to Umeda.

The aforesaid meeting spot turns out to be a right little devil to track down. We go on a weaving journey through what feels like most of the station and a considerable part of the surrounding area, using three maps and one visit to tourist information, before we finally end up there just in time. Good thing we left early!

A-san takes us for a craft beer in one of his favourite local spots. 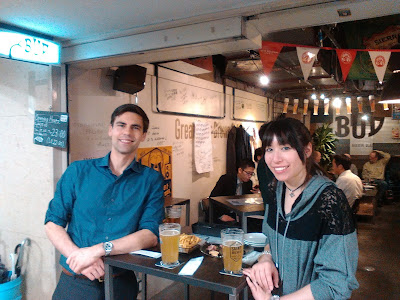 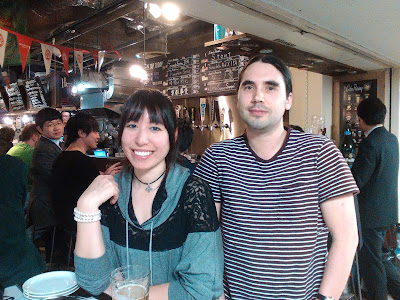 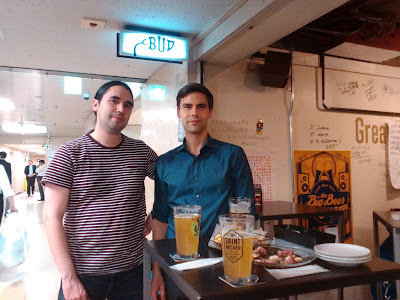 It's very nice, and we get some chips and a cheese-and-meat platter as a starter. I'm not particularly sold on the cheese, alas, but the ham's very nice. Chips also very decent.

There's a slight hiccup at this point. A-san is hoping to take us to a shabu-shabu restaurant nearby. Unfortunately, it's Friday night, which means we're looking at a wait of two hours! Not really what we're looking for. Reluctantly, we head off and roam the streets for a bit. We end up at a yakiniku place, which initially seems smoky and unpleasantly crowded; we're actually about to leave when the staff suddenly remember there's an upstairs where we can have a table to ourselves. 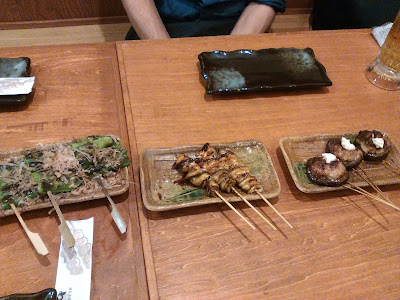 In an ideal world I wouldn't be eating yakiniku two days in a row, but you take what you can get.

We finish off the evening by heading for a cuppa in Starbucks - inevitable, but as A-san points out, it's just so nice not to be surrounded by smoke. I know I grew up with it, but since the smoking ban was introduced, the idea of eating with tobacco smoke floating around just revolts me. It's certaintly not a relaxing experience. So Starbucks and its smoking ban it is.

It's really nice to just be chatting about everyday things with people about my own age, in English. I feel guilty about M-san, because no matter how good your language skills are, it's hard to follow a foreign-language conversation in noisy restaurants or pubs.

Eventually we have a slightly mournful parting from A-san, while M-san and I head back in sleepy mostly-silence. I did spot this along the way though. I don't make a practice of highlighting imperfect English because languages are hard (although nobody's forcing you to use them, so from a certain point of view arbitrarily using bad English for publicity purposes is not undeserving of askance looks) but a restaurant offering "safety and pleasure never before experienced" does really make me wonder. 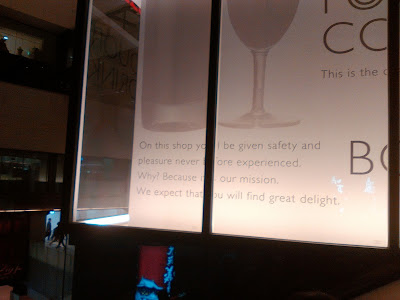